All About Eve Season of Concern Benefit Reading May 23 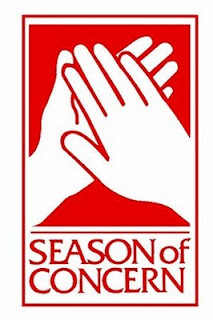 Award-winning actress Hollis Resnik is Margo Channing in Season of Concern’s benefit reading of “All About Eve” May 23 at the Mayne Stage.

The 1950 film "All About Eve" starred Bette Davis as Channing, the prominent yet aging Broadway star, and Anne Baxter as Eve Harrington, a willingly helpful young fan who insinuates herself into Channing's life. The film was written and directed by Joseph L. Mankiewicz, based on the short story "The Wisdom of Eve" by Mary Orr.

The film was nominated for 14 Academy Awards and won six, including Best Picture.

At the benefit, Season of Concern will present its 4th Annual Larry Sloan Awards to the AIDS Foundation of Chicago, former SoC board president Barry Taylor, and longtime SoC fundraiser Karen Bronson.

“All About Eve” is presented by special arrangement with Twentieth Century Fox Film Corporation and Sonia Friedman Productions. Windy City Media Group is a media sponsor.

The Mayne Stage is located at 1328 W. Morse Avenue. Valet parking is available for $5.00 at the door. Tickets for the reading go on sale on Wednesday, April 20 and are $45, or two for $80. For more information and to purchase tickets visit http://www.seasonofconcern.org/.
Posted by ChicagoPlays at 1:56 PM