Bechdel Fest 6: Revolution - Broken Nose Theatre at Steppenwolf Theatre's 1700 space. A festival of nine plays, all featuring female or non-binary characters talking about something other than men, runs Sunday - Tuesday, July 29 - 31. All Tickets are Pay-What-You-Can! For tickets, buy online or call the Steppenwolf box office at 312-335-1650.
Posted by BT at 4:53 PM No comments:

Promotional Opportunity with The Violet Eye

The Violet Eye is a free monthly newsletter that promotes women's events in Chicago. The email and social media accounts will keep you up to date with all of the local art celebrating women's voices. If you have an event that you'd like included, email violeteyechicago@gmail.com with a 100 word description, the time, date, place, and any promotional images you'd like to share. Follow us at violeteyechicago on Facebook and Instagram for more frequent updates!
Posted by BT at 10:40 AM No comments:

Something In The Game: An All-American Musical - American Music Theatre Project and the Wirtz Center at Northwestern University, 20 Arts Circle Drive, Evanston, IL - is offering $15 tickets to any performance July 20 through August 5 (except July 21). Performances are Thurs.-Sat. at 7:30pm and Sat.-Sun. at 2pm (except July 21). Use code INDUSTRY online at wirtz.northwestern.edu or call the Wirtz Center box office at 847-491-7282. Subject to availability and must be purchased in advance, not available at the door.

Guards at the Taj - Steppenwolf Theatre, 1650 N. Halsted, is offering $20 industry tickets from July 18th through July 22nd, any performances. Use code INDUSTRY online at steppenwolf.org or call Audience Services at 312-335-1650. Tickets must be reserved at least one hour before performance. Subject to availability.
Posted by BT at 10:13 AM No comments:

Join artists and community partners as they perform original poetry, music, dance and performance pieces to give more visibility and voice to our citizens, residents, migrants and refugees who are affected by these policies.

The Royal George Theatre, 1641 N. Halsted, has summer/fall slots available for the 50 seat Gallery Theatre, prime time 3 – 6 week rentals. Great price and location, right across the street from Steppenwolf. Ticketing, house staff and bartender included. Also some availability in the 450 seat Mainstage and 190 seat Cabaret for one night events, stand-up comedy, workshops, corporate meetings and more. For further information or viewing appointment, contact Joe at 312-988-9105.
Posted by BT at 1:17 PM No comments:

Come partake in the plethora of vintage costumes & props, building materials, art supplies, furniture, and lighting & sound gear. There is cheap stuff & free stuff. Take a memory home, collect for your own theatre productions, or furnish your home!
Posted by BT at 12:41 PM No comments: 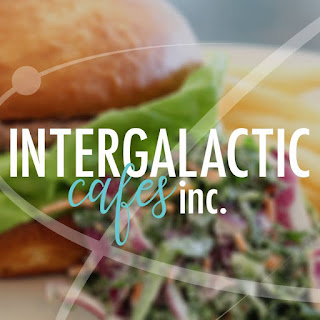 Host a read through of your current writing project at The Maiden Voyage Cafe! MV offers free space for script workshopping and talk backs. The space is available after hours and can host up to 25 guests. Contact owner Margaret McCall at margaret@intergalacticcafes.com with inquiries and script submissions.
Posted by BT at 12:42 PM No comments:

Claude Binder Memorial and Celebration of Life on July 16th

There will be a memorial and celebration of Claude's life and his tremendous impact on the theatre community, both locally and internationally, at Steppenwolf Theatre Company's downstairs theatre (1650 N. Halsted St., Chicago) on Monday, July 16 at 7PM, with cocktails immediately following.

Claude Binder worked professionally in the Chicago theater community for more than 30 years, over which he quietly, passionately, and sometimes cantankerously brought others people’s visions to spectacular life. His career as one of the unsung heroes of this city’s storied theater scene is legendary. His legacy is the love he shared with his wife, Lighting Designer Christine A. Binder, and their son Cody.

Born in Cleveland and raised in Chagrin Falls, OH, Claude attended the University of Kentucky to study journalism but switched to the theater department (because the girls were prettier there). He never looked back. Upon graduation, he got a job at Actors Theatre then moved on to the role of Technical Director at The Goodman. He talked extensively about how much he loved working with the incredible designers who came through The Goodman, saying “I’d like to see any schmo try to build a John Lee Beaty or John Conklin set!”

He had a DIY spirit, believing in doing it yourself if you want to get it done. That philosophy attracted him to his next role. After 11 years at The Goodman, he left to become Production Manager at Steppenwolf Theatre Company. While there, he participated in the “big move” from a 211-seat space on North Halsted Street to the company’s current complex. He spent 15 years at Steppenwolf. In that time, he led the company in mounting five productions to New York City, including the Tony award-winning production of “One Flew Over the Cuckoo’s Nest” as well as moving productions to theaters in England, Ireland, Canada and Australia. Other accomplishments while at Steppenwolf include principal management of the reconstruction of the Upstairs Theatre which debuted with the world premiere of Frank Galati’s adaptation of “After the Quake”.

Claude left the Steppenwolf to become Executive Director at the new Chicago Children’s Theatre, and his leadership helped propel that theater to new heights. Unfortunately, cancer arrived at about the same time. After his first bout, he left Chicago Children’s Theatre to work for the Joffrey as Director of Production, then on to Milwaukee Rep only to return to Joffrey and Chicago shortly after. After he left Joffrey, he contemplated retirement but theater so much a part of who Claude was that he ended up spending a few months at American Blues before finally going for good. A month later, cancer had come back for the third time. He spent the last year of his life battling the disease in the same way he approached a seemingly impossible design request: with a strength of will to make the impossible possible. 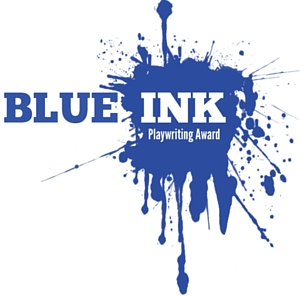 The international Blue Ink Playwriting Award was created in 2010 to support new work. Since inception, we’ve named 8 Award winners, 50 finalists, and 68 semi-finalists. Over $5,000 in cash and prizes will be distributed to playwrights in 2019.

Each year American Blues Theater accepts worldwide submissions of original, unpublished full-length plays. The winning play will be selected by Artistic Director Gwendolyn Whiteside and the theater’s Ensemble. The playwright receives a monetary prize of $1,000 and a developmental workshop or staged reading at American Blues Theater in Chicago. Cash prizes are awarded to finalists and semi-finalists too. All proceeds of the administrative fee are distributed for playwrights’ cash prizes.

Submissions will be accepted by American Blues Theater from July 1, 2018 to Aug 31, 2018 @ 11:59pm. Playwrights may only submit one (1) manuscript each year for consideration. Semi-finalists, finalists, and the award winner will be notified January – March 2019.

Click here for more information.
Posted by BT at 11:29 AM No comments: