Guest Blog – Cushing and the League of Chicago Theatres

The scenario is a marketer’s dream. 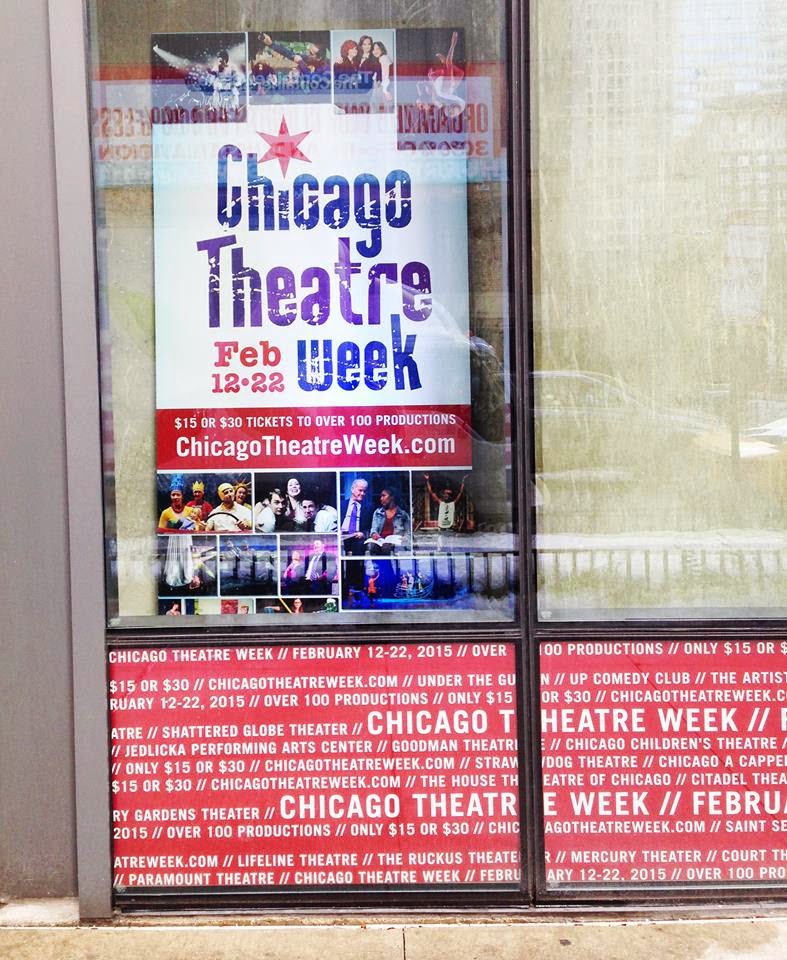 On the cusp of your largest promotional event of the year, a community partner calls: Would you be interested in window space for your marketing outreach? More than window dressing, this exclusive, street-level billboard has potential to reach thousands of people. You have carte blanche. The only limit is your imagination. The early bird gets the worm. We’re running out of clichés.

One catch: you have a week to piece it together.

Chicago Theatre Week celebrates your inner thespian (didn’t know you had one?). The growing, annual festival, now in its third year, offers over one hundred winter productions and shines the spotlight on new stages. Diehard theatre-goers to curious newcomers, special discounts are extended so patrons have a chance to experience more than one show.

The League of Chicago Theatres had a delightful dilemma. Their friends at the dana hotel and spa, a luxury boutique hotel in downtown Chicago, had an empty storefront and idea. Could the marketing team use the space to stage (we can’t help ourselves) a promotional outreach? No doubt it could play a role. 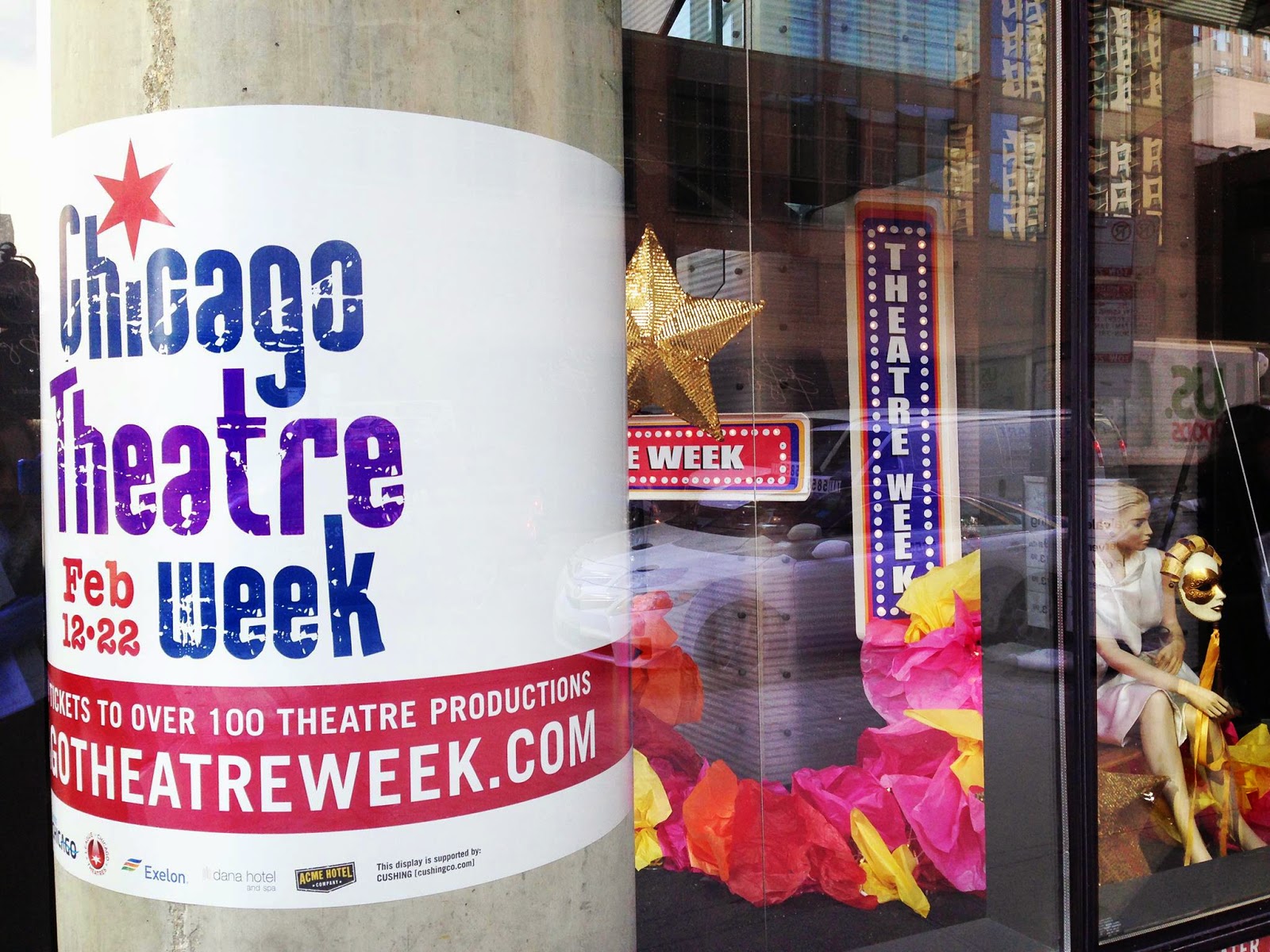 The canvas ready, it was time to bring together the brushes.

Laura Nair, Marketing Director at the League of Chicago Theatres, had a number of concepts and knew the project would require a quick turnaround. She had met Josette O’Neil, a printing services consultant with Cushing, at a Choose Chicago networking event. There was no time for auditions or dress rehearsals.

“We needed a company that would do more than just print out window graphics,” she says. “We had to ensure that they understood the tight timeframe and were able to pull it together in time.”

After a brainstorm session, O’Neil visited the hotel for measurements and consulting to determine a custom vinyl window graphics solution that would attract pedestrian attention. Pillars inside the storefront would be visible from the street and factored into the project.

Questions flew around like playbills in the wind. Which materials were appropriate for a temporary installation? How quickly could the graphics be installed? Most importantly, would it generate interest? 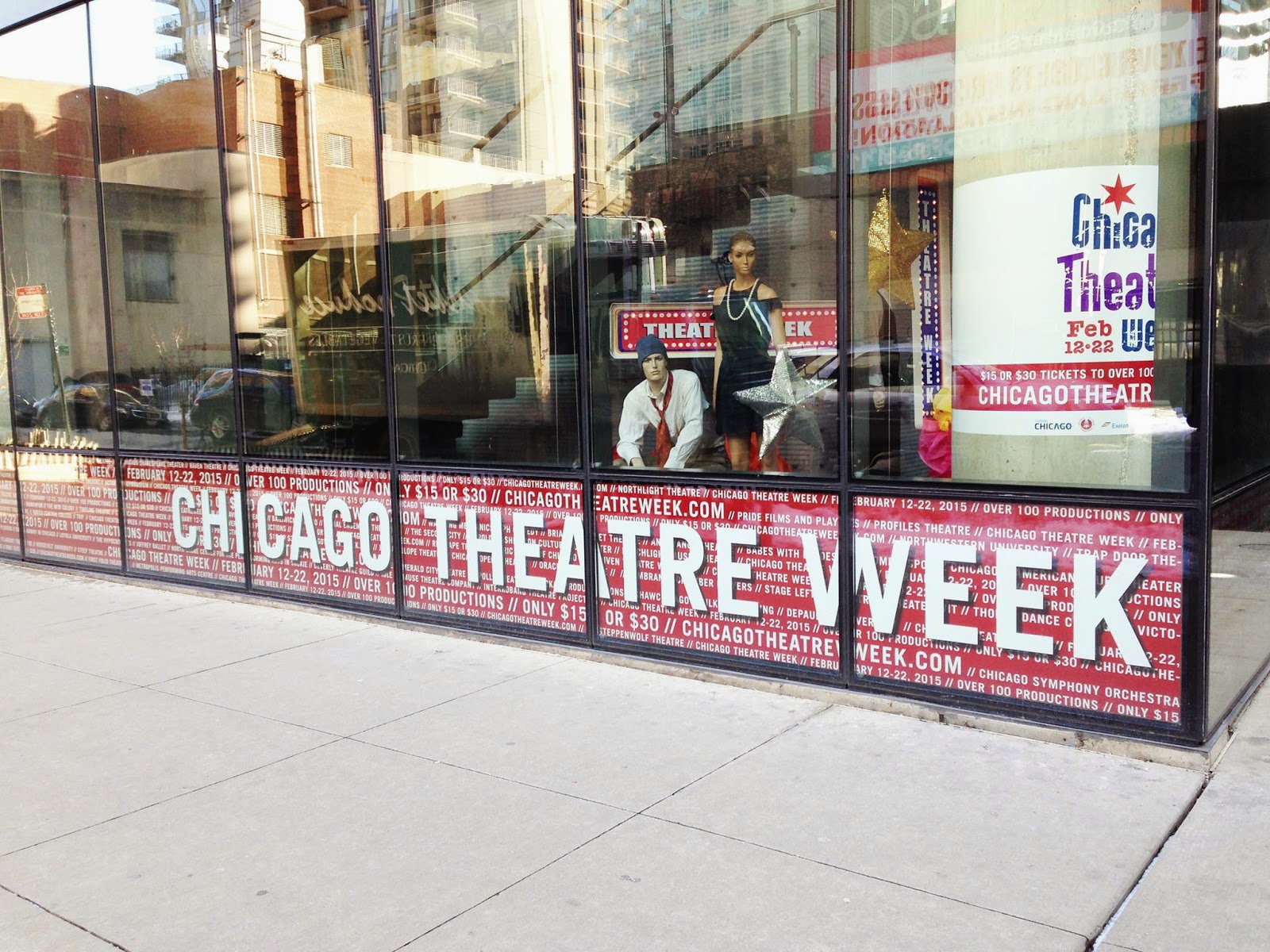 In the end, direct print to foam core and a paper wrap around the column made the install a snap. A team effort, Laura and Josette installed the printed graphics in the windows and around the column! Stanley Smith, from Oak Street Design, added theatrical flourishes from his store of props. Graphics were printed in two days and took approximately two hours to install.

The windows were transformed into a striking visual, attracting the attention of patrons and pedestrians. What’s next? The windows unwrapped, check back next year!

Jon Davis is the Marketing Manager at Cushing, a print and digital communications firm in River North.
Posted by BT at 11:54 AM

The only limit is your imagination. The early bird gets the worm. We’re running out of clichés print window graphics in chicago