My America Too Screening and Panel Discussion 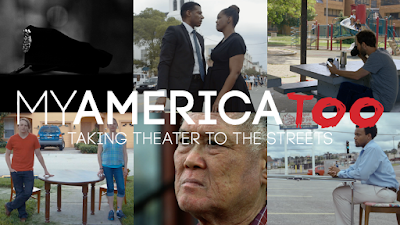 Chicago Director/Filmmaker Derrick Sanders will host this event with a panel on the Chicago’s Hope for Reform after the screening. Joining the panel will be Baltimore Center Stage Artistic Director Kwame Kwei-Armah.
Posted by BT at 11:39 AM