Free Theater: The Tricks and Treats

The Free Night of Theater (FNoT) program is wrapping up in Chicago this week. If you aren’t familiar with the program by now, FNoT is an audience development initiative pioneered by Theatre Communications Group in New York to lower any perceived cost barriers to attending live theater and attract new and younger audiences by offering free tickets. What do the theaters get in return you may be asking? Quite simply, the theaters receive each patron’s demographic and contact info and the significant opportunity to entice those new patrons to return on another date hopefully with a purchased ticket or subscription even. 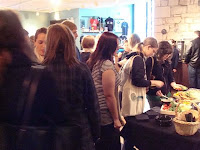 This was the first year in which Chicago has participated. Free Night of Theater is actually a simplified name for the program since it’s actually been a Free MONTH of Theater for us. We felt that given the size of our market it was important to open up the program over a few weeks so more theaters could participate and we could allocate more tickets. Over the course of October we’ve had 55 theaters of all sizes and locations participate, offering more than 6,200 free tickets to patrons. Nearly all of those tickets sold out, many of them within minutes of being released. We spent a lot of time in September and early October doing grass-roots promotion with partner organizations, community organizations, craigslist-type postings and distributing postcards and posters in every neighborhood where theaters were participating. Since the objective of the program is to reach new audiences we didn’t want to promote the program in locations where avid theater-goers regularly receive their information. These efforts have paid off in a big way, not only with sold out tickets, but our website ChicagoPlays.com received a record number of visitors in October, we’ve received some nice press, and preliminary research on my part is showing we’ve hit our target demographic with younger audiences (75% of people who reserved tickets are under the age of 35) and new audiences (more than 80% of people were new to the theater they attended.) More research will be done by TCG’s research firm in the coming months that is not only specific to our market, but nationwide and I will gladly share that information when it becomes available.

No large audience development program like this is without its faults, correct? Our primary issue, which wasn’t unexpected given the nature of free tickets, has been no shows. As Deb mentioned last week, this was a larger problem earlier in the month when I think the frenzy for free tickets didn’t equal a strong commitment or intent to actually attend the show. I think our plan of releasing new tickets every Tuesday during the month has been a good one and equaled better attendance later in the month. Still I wonder, and it has been suggested to me by others, how much better would our turnout have been if tickets were only $5 instead of free? I realize 5 Dollar Month of Theater isn’t as catchy or enticing as Free Night of Theater, but it’s something to consider. Would even a small price barrier sacrifice all the great word of mouth buzz? I’d love to hear thoughts on the subject from those wiser than myself. 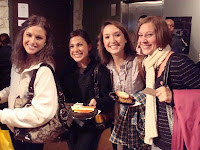 I’d really like to commend all of our theaters that have participated in the program this first year of Chicago. You’ve really gone the extra mile to make the program as successful as possible: sending extra reminders to your attendees, making special FNoT program inserts and curtain speeches, and thanks to our program sponsor Boeing, many theaters organized their own audience cultivation receptions/events with FNoT attendees to get to know these patrons better and connect with them. I’ve heard some great anecdotal stories from many of these events. Jess at New Leaf Theatre shared a great experience she had with some FNoT patrons that previously not only didn’t know that New Leaf existed, but that ANY storefront theaters existed. They had a fantastic time and it sounds like they’ll be returning for their next show. That one experience completely opened the patron’s eyes to what is available to them in Chicago. This story is one of several similar ones that I’ve heard, and perfectly illustrates the purpose of this program. I think sometimes we forget just how important it is to connect with patrons while they are in our space. A great theater experience is all about quality human to human connection, and that needs to be considered with every interaction with a patron – on the phone, at the box office, in the lobby, in your curtain speech, and of course by what happens onstage. What are you doing to connect with your current audience and what are you doing to lower perceived barriers to attending your theater?

Don’t forget the most important part now, add the new patrons to your mailing and email lists and INVITE THEM BACK! They want to return to your theater, you just need to show them the way.